Many don't know his name. He was the president of the Partido Nationalista Puerto Rico. He called for armed revolution, simultaneous uprisings in towns around Puerto Rico, and an attack on La Fortaleza. But we have to ask, why? Why did he do these things? Was he a psychopath who tried to violently overthrow the United States? Or was this born from a profound need for extreme actions? We cannot fully understand him or his valiant fight for independence without understanding the circumstances from which he evolved. Some call him a terrorist, and others call him a hero. This is the story of Pedro Albizu Campos, known affectionately by many as Don Pedro.

https://spotifyanchor-web.app.link/e/EICEYvCSLub Though he is often unmentioned Vitin Aviles made a name for himself working with the likes of Tito Puente, Charlie Palmieri and Tito Rodriguez. His voice can be heard on hits such as "La Hija de Lola" and "El Sedante de Rumba" as well as more obscure recording of boleros such as "Vete". Today's show celebrates …

END_OF_DOCUMENT_TOKEN_TO_BE_REPLACED

https://spotifyanchor-web.app.link/e/1iTSurPSLub Today's show celebrates the work of Ramón Quian, better known as Monguito 'El Unico'. We'll celebrate his life and work with the likes of Johnny Pacheco and Arsenio Rodriguez. We'll also address the controversy su his similar vocal style to the famed Cuban vocalist, Miguelito Cuni as well as the role of the term …

END_OF_DOCUMENT_TOKEN_TO_BE_REPLACED

https://spotifyanchor-web.app.link/e/a4K2Z2J5pub He had over 3,000 songs to his name. He was the most popular artists on the island right up until his death in 1965. He told about the life of the common person and the injustices they faced. He was one of, if not the first, exponent of Puerto Rican music in the US. …

END_OF_DOCUMENT_TOKEN_TO_BE_REPLACED

https://spotifyanchor-web.app.link/e/5jxzC4u5pub The   jibaro music of Borinquen have always been very close to my heart.   I always heard them and loved them. Their rhythms and sounds took me home (to Borinquen). Even though I have never been to Borinquen this music is a way to connect to, and hear the sounds of my homeland. This music …

END_OF_DOCUMENT_TOKEN_TO_BE_REPLACED

https://spotifyanchor-web.app.link/e/rgKaxol5pub Ismael Rivera; El Sonero Mayor; Maelo: today we celebrate him after what would have been his 91st birthday. You'll hear about his work with Cortijo Y Su Combo, how Bobby Capó played a pivotal role in their success, how Ismael's mother Doña Margot composed hits such as "Maquinolandera' and you'll even get a personal …

END_OF_DOCUMENT_TOKEN_TO_BE_REPLACED

https://spotifyanchor-web.app.link/e/knbDz8e5pub While he is scarcely mentioned, Chivirico Davila's voice can be heard on the records of Orlando Marin, Joey Pastrana, Rafael Cortijo, Kako Y Su Combo, Joe Cuba, Johnny Pacheco, The Alegre All Stars and Richie Ray. His proficiency as a sonero and bolerista alike often goes unnoticed and understated. 28 years after his passing we'll be remembering and …

END_OF_DOCUMENT_TOKEN_TO_BE_REPLACED

These photos are tragic and alarming, people have lost so much, their homes, their livelihoods and some have even lost their lives; to them, we send our deepest condolences.  However what concerns me very deeply is, Puerto Rico’s topsoil coloring the waters that raged throughout the island earlier this week. Those waters tell another story …

END_OF_DOCUMENT_TOKEN_TO_BE_REPLACED

https://spotifyanchor-web.app.link/e/7kJOVs94pub Luis Munoz Marin rose from being, in all estimations, one big failure to being a senator and later the governor of Puerto Rico. It was quite a feat, but what he did with his newly acquired power was another story. Marin declared martial law to quell the 1950 Nationalist uprisings, had two towns in …

END_OF_DOCUMENT_TOKEN_TO_BE_REPLACED

https://spotifyanchor-web.app.link/e/FYhClcS4pub Israel López, better known as Cachao was the co-creator of mambo, bandleader, double bassist, composer, and arranger. One of his and his brother Orestes’ greatest innovations was Mambo; livening up a classical Danzon, with afro-Cuban rhythm, as Cachao termed it “turning the ship 180˚”. You'll hear all about this and more in this week's …

END_OF_DOCUMENT_TOKEN_TO_BE_REPLACED

Today, on the first day of Black History Month, we remember Mongo Santamaria (April 7, 1917 -- February 1, 2003) on the 20th anniversary of his passing. His style was as unique and recognizable as it was versatile. Many remember him for his version of Herbie Hancock's 'Watermelon Man', released in 1963. He was as strongly rooted in Latin Jazz as he was in traditional Afro-Cuban rhythms. His contributions are numerous and he will always be remembered for his incredible talent.
Feliz Cumpleaños to an incredible sonero. Remembering you today and always, Conde!
Remembering Jesús Sanchez Erazo, better known as, Chuito el De Bayamon 44 years after his passing, (August 24, 1900-January 25, 1979).
Remembering Roberto Roena today and always…
Que Viva El Señor Rafael Cortijo...a musical genius, trailblazer and master percussionist, who proudly proclaimed his afro Boricua identity. We are forever grateful for his contributions.
Remembering the unforgettable one today on what would have been his 100th birthday. His talent as a vocalist, bandleader, multi instrumentalist, innovator and arranger are simply unparalleled. He was ahead of his time, and his contributions are simply….well, inolvidable.
Check it out!
The New Years Eve Special is LIVE!
Check it out!
Out now… 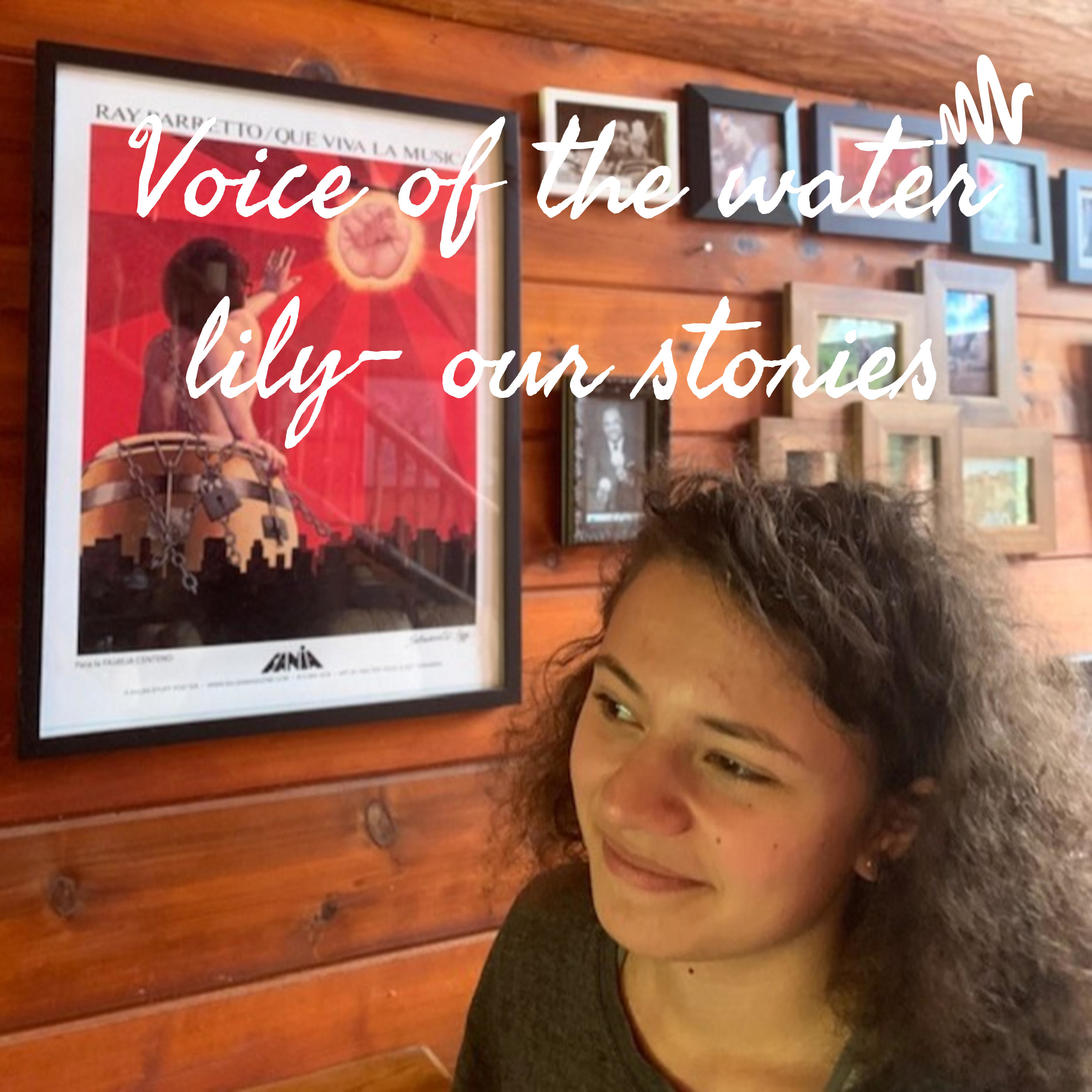 Ep. 70 Davilita: Songs of Independence and Resistance - Voice of the Waterlily- Our Stories

Did you know that Pedro Ortiz Davila, better known a Davilita, sang the first version of Rafael Hernandez’s tear welling ode to Puerto Rico, Lamento Borincano? Or that Davilita was an ardent supporter of the Partido Nationalista Puerto Rico, and he sang and composed songs in support of the island’s independence movement? The prolific and beloved vocalist worked with the likes of Rafael Hernandez, Pedro Flores, Daniel Santos and Felipe ‘La Voz’ Rodriguez. Though his name is scarcely mentioned today, and his contributions are often overlooked, Davilita’s voice is one that should be upheld and his contributions to Puerto Rican music should be more throughly examined. So that is what we’re doing on today’s show, learning about the life, legacy and music of Pedro Ortiz Davila, better known as Davilita. Yo También Soy Boricua  Canta Pajarito Ansias Locas  A Mis Amigos  Vamonos a Borinquen Bella  Hidalguia Boricua  Guajira Guantanamera Idilio Al Paso Recuerdo a Morel Campos  Ya Es Muy Tarde  Llanto Amargo Sueño de Libertad  --- Send in a voice message: https://anchor.fm/anani-kaike/message
Join 181 other subscribers

Voice of the Water Lily
Start a Blog at WordPress.com.
Loading Comments...